From Horses to Horsepower, Since 1918

It is the mission of Midwest Motor Express to achieve financial success by providing superior transportation services to our Customers and being an industry leader in innovation and employee development. 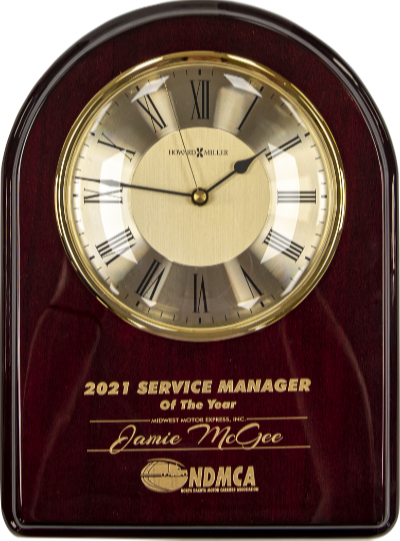 In July of 2022, the NDMCA named Jamie McGee this year’s Service Manager of the Year. Jamie started at Midwest Motor Express as a Maintenance Technician in 2010 and is currently a Regional Shop Manager of Maintenance Operations overseeing Bismarck, Minot, and Dickinson, ND. Jamie is a huge asset to Midwest Motor Express, and his efforts keep the roads safer to drive on. Thank you for your leadership, and congratulations, Jamie! 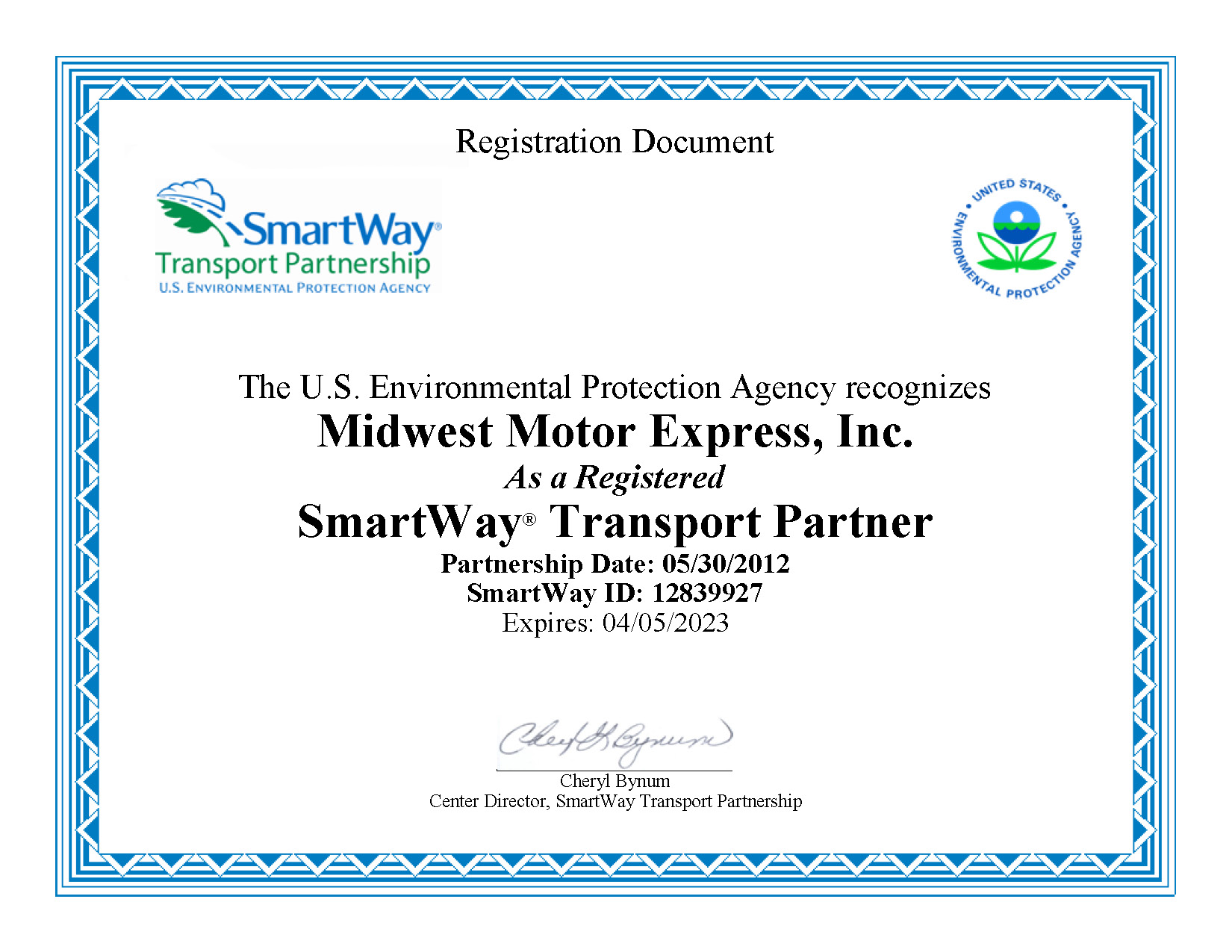 SmartWay is a voluntary and cost-free program that supports companies’ initiatives to reduce greenhouse gas emissions from freight supply chain transportation activities. Operational strategies, data management tools and verified technology supports are provided. The SmartWay Partnership is a domestic and international freight and supply chain program that manages data for over 3500 partners across all domestic shipping modes in the U.S. and Canada. SmartWay implements its goals to lower freight carbon footprints by conducting analysis and research of freight impacts, engaging with freight experts, anticipating and responding to trends, developing strategic resources and communication strategies, and serving as an international model. International collaborations exist with Mexico, China and other Asian nations, Europe, and Latin America.

Midwest Motor Express is now part of the KNX family.

Midwest Motor Express offers an excellent opportunity for employees across a breadth of skills, experience, and backgrounds. Click the careers button to find out more about the opportunities that are currently available and complete an online application.

The SmartWay® Program is a public-private initiative between EPA, large and small trucking companies, rail carriers, logistics companies, commercial manufacturers, retailers, and other federal and state agencies. Its purpose is to improve fuel efficiency, and the environmental performance (reduction of greenhouse gas emissions and air pollution) of the goods moved throughout the supply chain.

SmartWay is comprised of four components:

To learn more about the SmartWay® Program, visit EPA.gov.

Midwest Motor Express is committed to supporting environmentally sound business practices. Whether through a formalized program such as SmartWay® or by simply reducing miles driven through advanced operations research applications, Midwest Motor Express strives to achieve a minimal impact footprint on our environment. Some of our efforts that favorably impact the environment include:

Midwest Motor Express's history dates back to 1918 with its original founding member, Charles Snyder of Snyder's Dray and Transfer in Bismarck, North Dakota. Snyder used horses and wagons to haul coal, sand, gravel, and freight to local customers in the area.

Between 1937 and 1938, the three founding members merged their operations. Roswick and Greenstein merged in 1937, and Snyder joined in 1938. The three officially operated under Roswick-Greenstein-Snyder, Inc., or RGS, Inc., until the decision to change the company's name to Midwest Motor Express, Inc. (SCAC "MIDW") was final. That same year the Snyder family was bought out by the Roswick and Greenstein families. 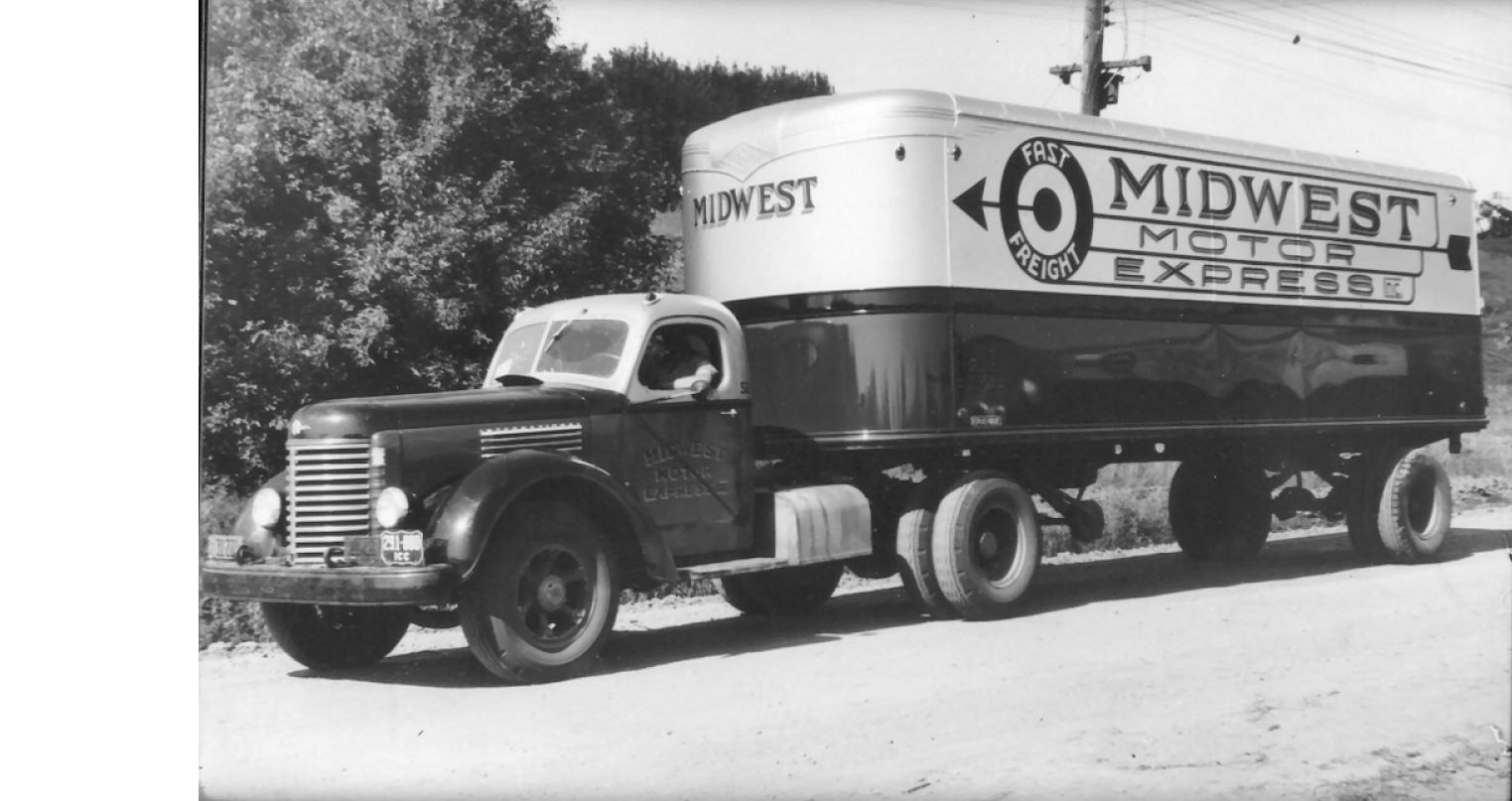 In the 1980s, industry deregulation created challenges as well as opportunities. Midwest Motor Express expanded its coverage and continues to be a regional LTL carrier with a substantial footprint in the Midwest and select points in the Northwest. In December 2021, Knight-Swift Transportation Holdings, Inc. (NYSE: KNX) acquired Midwest Motor Express, joining AAA Cooper Transportation (SCAC "AACT") as an independent subsidiary of KNX in the LTL Services Group. This acquisition was mutually beneficial for all parties involved, offering highly reliable services across all related brands.